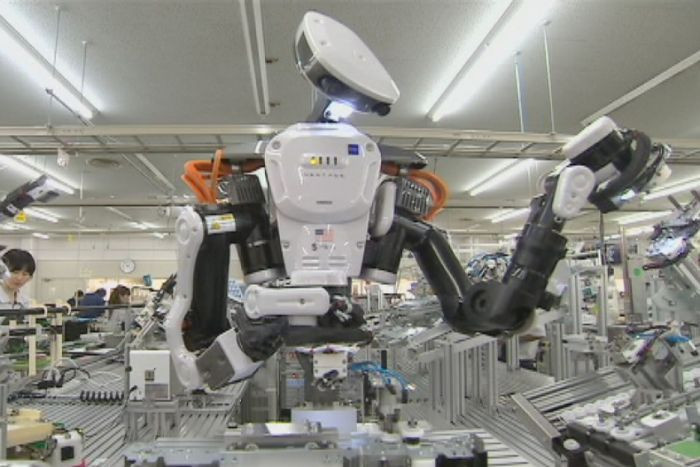 There’s been a lot of chatter in the media recently about AI (Artificial Intelligence), mechanisation, and driverless cars taking all our jobs. I’ve heard this before in the 80’s but it didn’t happen. Why?

There is new evidence everyday that human labour is just not necessary anymore. Adidas has created its first fully mechanised shoe factory in Germany. Driverless cars are being trialed in Adelaide. The port of Brisbane is fully mechanised and mines in the Pilbara are partly mechanised. Advances in AI suggest that many management decisions can be better done by a computer that learns as we do; by observation and trial and error. Already supply chains are getting shorter with manufacturers selling directly to individuals. As 3d printers get better and cheaper the supply chain can be shortened to resource extractor to final user. The extraction and delivery can all be done without (or very little) human thought or labour.

That is the current narrative, but this is very similar to what I heard when computers and the internet first hit the workplace but all the jobs didn’t disappear. Yes unemployment in all modern countries is at 5% plus which used to be considered a disaster but is now the new normal. However those in work are working longer hours and the workforce has actually increased – many women now working. So what happened?

This made me think of Bertrand Russell’s beautiful essay “In praise of idleness” in which he saw two types of work. One is moving or changing stuff of the earth. Making real things. The other is telling those people making real stuff how they should go about it. The first is finite and is better done by machines. The second is infinite but pointless and unfulfilling. We can have an endless chain of Chinese whisperers discussing what and how a hole should be dug. They can all compete and argue over how deep it should be, whether the digger should wear a cap, or a helmet, Groups can do studies and make presentations of the depth of the hole, how long the digger should work before a break, whether the digger should be a man or a woman or young or old, or a machine operated by a man or woman, or an autonomous machine, and what the success criteria for the hole, and who will fund it. Applications can be made to private and state investors and a tender submission guideline drafted and reviewed. But what should the review process look like? Should it be a panel of experts or interested parties. Many people all being employed and much money spent and not a hole dug. Sound familiar?

This is completely unfulfilling and inefficient but we make “new jobs”.

There are many ways to garner income and keep our system going without creating much pointless work. We can create a guaranteed income for all, we can better use profits, interest and rents to spread income wider. We may also need to consider ownership, as much concentration of wealth comes from restricted access to resources through ownership. We can create a leisurely and easy world if we want but some fundamental social and economic changes will need to be made first.