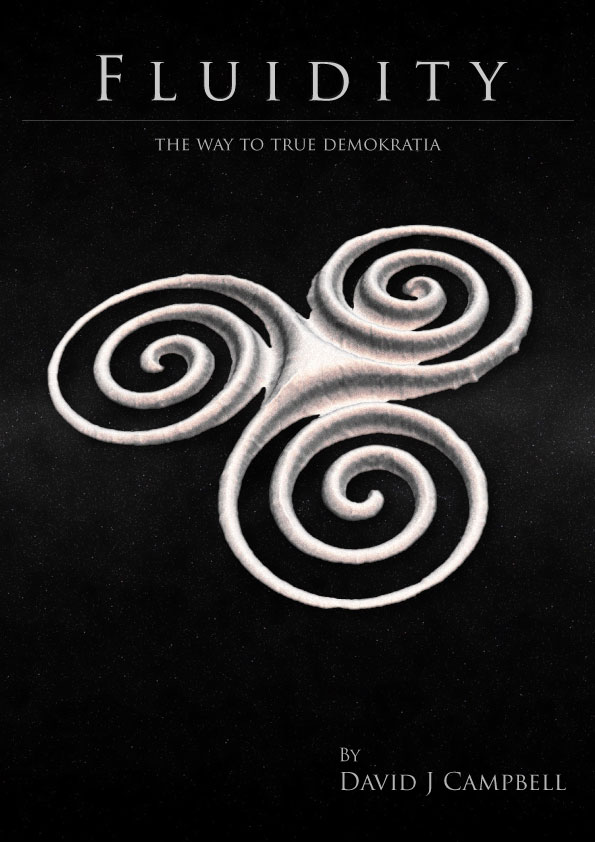 Automate: Its still cheaper to exploit cheap workers than to automate, we need to automate all labour and increase leisure and contemplation.

If we do these 4 things we will also save the environment by taking power away from isolated elites and putting it into the free hands of those actually affected by environmental damage.

You may not have heard of any of these things so here’s a small explainer.

The simple version is that money can be made by a sovereign state – or anyone now with cryptocurrencies – and you can keep making more from nothing provided you control inflation by destroying some of it. We have all heard stories of governments printing money and causing hyperinflation, the hyperinflation is not so much caused by the printing of money as the loss of faith in the government and therefore the currency. But you can ensure faith by having a mechanism that controls money supply by destroying some of the money either through taxation, demurrage (the currency has a lifespan – a percentage is destroyed periodically), or transaction tax or VAT where some of the money spent is destroyed. If inflation is going up more is destroyed or less issued and if deflation occurs the opposite is done. This can all be automated so now political a cow for your vote bollox.

This means the government or issuer does not need to raise taxes before spending and does not need to pay interest to rich bond holders for borrowing. You may notice most governments carry huge unpaid debts but their currencies are still valued. You may also note that currently our currencies are not created by the government but rather the banks through credit creation, this gives the banking sector way too much power. We need to democratise money through MMT

Give everyone free money. I prefer it to be more than enough for Basics (Universal Basic Income) as I belive people should be able to live a good life without submitting to wage slavery.

I’m not going to explain all the benefits here but rather just visit these places:

Scott Santens http://www.scottsantens.com/basic-income-faq who knows all about Universal Income

Fluidity – the way to true Demokratia (my book) http://www.lulu.com/au/en/shop/david-campbell/fluidity-the-way-to-true-demokratia/paperback/product-23219703.html

We use MMT to pay the UI.

The blockchain and now other decentralised data transfer and storage systems have proliferated in the last 10 years because they can do communication, information storage and therefore money without the hierarchy and without the constant checking rechecking and regulating which our current world spends most its time doing.

You can now make an agreement and every step along the way to fulfilling it can be embedded in a system that does it automatically. Buy a house, borrow money, make repayments, miss payment, loose the house, all this can happen without any or very few people actually being involved. And you know about all the consequences upfront. Gone is lawyer gobbledygook, gone is the 100 page contract and term and conditions, gone is the conveyancer, the broker, the lodging clerk, the bank clerk, the collections officer, the real estate agent, the valuer, the regulator, the courts (for civil cases). All gone.

Also no rich people rigging the system so they not you benefit, no outrageous fees, no financial walls allowing only the rich to register companies, to organise large groups of people, and no politicians being bought off. Better yes!

We will still need to join together to do big projects, everything from healthcare to your local sporting club, and control of shared resources, oil, gas, coal and networks. The best way to organise these is democratically. Liquid direct democracy allows you to vote for any proposal or if you can’t be bothered to proxy your vote to another who will vote for you. But you can always take your vote back. Devolution I call it, so a representative never knows if they have your vote or not. So they must vote on their conscience not what they think will garner more power. The good should wield more power than the salesman.

As for proposals and filtering out all the crap ones there are a few ways to do this. The one I like most at the moment works like a market where people bet on the proposals they think will get passed therefore trying to predict the consensus. Those that get supported enough go to the vote but if they don’t pass the punters lose. All can punt of course and with Universal Income we will all have money to back our own ideas, and if yours passes and not many people supported it in the proposal stage you personally benefit.

You can also have an executive propose ideas but that is what we have now. Proposal limitation is the hard part at the moment but may not eventuate at all if many people have proxied their votes to trusted others.

Essentially this makes people act in the best interests of others, decency becomes ingrained.

We have the technology we can automate it all. Remove drudgery, remove work, all effort/labour should be to eliminate work.

A life of leisure is a good life.

We can try and get politicians to do this for us but they are really only concerned with getting re-elected, after all that’s their job.

The most promising group making a better world is the Shardus (https://shardus.com/) network and their GETcoin universal payment. Getcoin uses demurrage at a low percentage rate, lower than inflation and a peg to fiat currencies which I love.

This is just so doable now so lets do it!