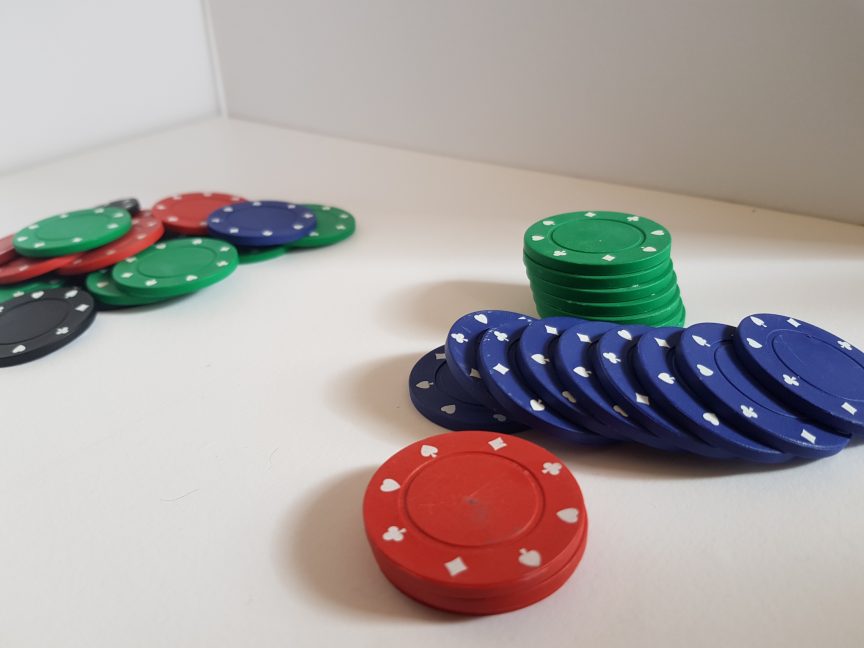 The decentralised/blockchain community holds independence, freedom and a lack of hierarchy as a core ideal, however they are using a flawed method from game theory that will do the opposite of their intentions.

Staking is everywhere in the new decentralised economy. Whether it be Proof-of-Stake to determine who gets to verify a transaction – and get the rewards, to putting up a stake before you can be a juror on Kleros’ arbitration network, or just proving your identity to join a UBI system. Everyone in the community believes that skin in the game will make you do the right thing.

The right thing being don’t  break the system. Go with the majority, don’t be a bad actor..

Staking means putting up some money – usually some crypto with real value – and if you do the wrong thing your stake can be lost. By staking you will get power, access and rewards.

Staking is no different to how our current top down system works.

If you have wealth in our current system you have access to land, markets, political power and the ability to make the rules. You also get to collect interest, rent, and profits from your capital. However those with wealth don’t seem to be anymore trustworthy than those without, maybe much less so. A look at the Australian Royal Commission into the banking sector exposed a greedy culture that was happy to lie to make more money.

There are three major problems with staking:

Staking, is the antipathis of free decentralisation.

We live in a deeply unequal world. The top .001% could stake $10 million and lose it having no effect on them whatsoever and 90% of the population would struggle to muster $1000 let alone $1million to join the game. Staking does not affect all people equally!!

Therefore it fails. The poor will do anything to save their stake, or hate the system so much to destroy it. The rich can just profit or decide which system fails and which succeeds on a whim.

The only reason many systems are currently working is the small pool of ideologically likeminded validators and relative equality amongst the Devs and coders who are the majority of the community.

Giving the rich the ability to undermine a system that was intended to dilute their power is crazy.

We are currently seeing the centralisation of the mining of Bitcoin, and Ethereum, the whales flipping DAO votes, and Elon Musk pump-and-dumping. Stake would exacerbate this trend toward centralisation rather than fixing it.

Non rational behavior due to incentives

One of my least favourite words is incentivisation. It’s veiled totalitarianism.

In a so-called liberal, democratic, free market world incentivisation has become the favoured tool to control people. How has this seeped into the supposedly anarchic, freedom loving, decentralised world?

Everyone in the DLT (Decentralised Ledger Technology), blockchain environment  talks of the trustless system. You don’t need to trust a central authority instead the algorithm will ensure accuracy, access and transparency. That’s the objective. Note there are systems that don’t use incentives such a DAG.

The devs haven’t trusted but instead embedded the algorithm with game theory based incentives to force you, the rational actor to be trustworthy.

In my 2017 book Fluidity – the way to true DemoKratia I gave multiple examples of monetary incentives doing the opposite of their intention. From paid Israeli charity collectors collecting less than their unpaid counterparts to a survey of Swiss villages who would rather have a nuclear waste dump near their village if they weren’t paid to do so. The researchers in the latter experiment deduced that monetary incentive can crowd out intrinsic motivation to do the right thing for the community.

When we think about using stakes to encourage keeping a decentralised system functioning the Swiss experiment is scary. It may encourage selfish actions rather than trust.

Incentives as a form of control

Everyone in any position of power is trying to get people to do what they want. People as a whole have stopped following those in power because they don’t trust them to do what is best for them or society as a whole. And they notice the manipulation.

So the use of advertising, nudges, incentives, penalties, influencers and big data are being used to move mass action. Yes I know nothing big can be achieved without many people being involved but people should be able to choose freely. They should get the chance to Trust.

The attempt by any person or algorithm to encourage (force) you to behave in a certain way is a form of dictatorial control. Yes sometimes this is the best thing for you and the group (think lockdown during Covid), but we are now so aware of being coerced that the attempt itself can be seen by many as malicious.

Most importantly incentivisation goes against the idea of freedom and a decentralised trustless system.

Seeing people as voting, buying, node controlling objects that can be nudged in a direction is fundamentally wrong. We are not objects. We do care about systems that benefit us, and we will look after them. Bad actors will always exist, so a good DLT system will allow Trust and ensure bad actors are drowned out of the majority.

Otherwise the selfish wealthy will maintain control, and trust disappears.

So we need to find better solutions to validating DLT than Proof-of-Work and Proof-of-Stake and luckily there are other options such as the DAG (Directed Acyclic Graph), Proof Of-Quorum and others.

The solution as always is equality and randomness.