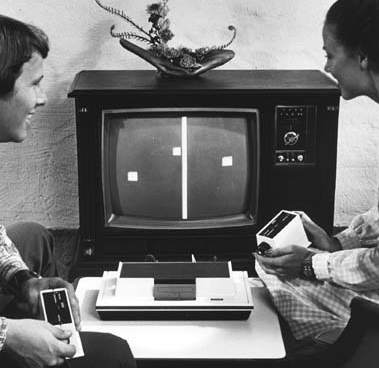 I just read an article online which stated the internet has been around for 30 years, and for many much shorter. This got me thinking. Thirty years! I don’t think its been around that long.

I’m 41 and can remember playing the first video game “Pong” in black and white on a TV with a brown and white probably Bakelite console which had dials. I can remember the first VCR’s; Beta and VHS and I can remember getting our first colour TV. These all happened around the same time. The late 70’s and early 80’s. Around 30 years ago there wasn’t any internet, actually personal computers were only just on the scene.

For information back then we bought large volumes of encyclopaedias that consumed the shelves in the lounge room. I recall carrying the science and nature encyclopaedias (full set) to our car from K-Mart on a hot day when I was not much taller than the full stack. I remember it because my arms were aching and I almost buckled under the weight and heat. Back then information took effort. 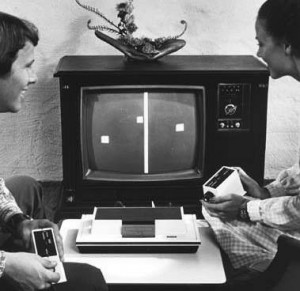 We got a computer in the 80’s, I cajoled and influenced my mum against my sisters wishes to buy an MC-10 by Radioshack which cost about $100. Back then $100 was a shit load, about half a weeks income for us and I think it was more than the encyclopaedias (the encyclopaedias were cheap, World Book was de rigueure at the time and Britannica was for the wealthy) we were poor and with hindsight my sister was right. It couldn’t really play games like the VIC-20 (about $220) or the epitome of computers when I was at high school the Commodore 64 ($360) and I was to lazy to learn BASIC to program it. It was an expensive 4kb piece of junk.

I bought my first real computer with my wages and my first credit card in 1993/4. A PC 286 which cost $2600 but I couldn’t afford the extra for a modem. I had seen “WarGames” in the 80’s and new I could dial into other computers with a modem and I really wanted this access. But this was not the internet it was something done by computer nerds.

I first heard of the internet at uni around the same time, so early 90’s. I was working full time and studying part time and one of my lecturers mentioned the internet as a way to connect with many other computers on a shared system. We didn’t need to know the number of the other computer we could just search using new tools called web-browsers like Netscape.

So the first time I heard of the internet was about 1994, it existed then but it was raw and brand new. The first time I used it came later when I was travelling in 1996. It was common by then, things moved really quickly that’s why we think it was around for a long time. I got my first email account in a hostel in London on a coin-in-the-slot internet computer. I had to ask someone to help me set it up. That feels so old now.

By 2002 I had my first website, JeSaurai which is still going (your viewing on this article on the same site). JeSaurai was built in Germany by a friend while I was in Adelaide – Australia, we communicated with email and ICQ, an early instant online messenger. The little “tweet.. tweet” still of an ICQ message still gets my attention. I think that’s the source of twitter. I was still using an old second hand laptop that cost me $600 which was really slow but could cope with the graphics low internet of the time.

So the internet for me, and I think for most people is less than 20 years old, it has just become an adult but is yet to become wise. I think the early teen years were a lot more fun. The last 10 years have not made great leaps in information or development. Yes we can stream movies now, we can download software to create our own movies, and we can view the person we are chatting to. But consider it from my perspective. I remember a time before the internet and then we got it and it was revolutionary. We were connected to the whole world and could publish our ideas for free (or very little) we could email our family from overseas and they would get it same day when the post took weeks, we could read news from around the globe without being in the country to buy the newspaper, we could explore an unknown world without having to travel there. It made the poor rich and the rich scared. But now we are connected, what next?

We seem a little lost.

PS: I’m sure someone will go to wikipedia and show me the internet is 30 years old. My article is about how slowly it seeped into peoples lives and how quickly it became part of our lives.