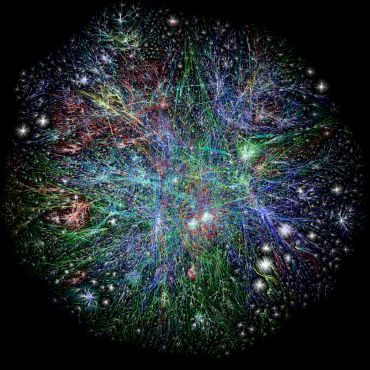 Evolution maybe the answer to everything 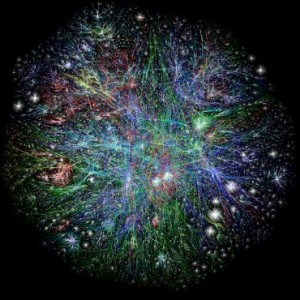 The way to understand the way our mind works, the way society works and that of the natural universe may be evolution. While pondering this I, as usual, came across a larger and more difficult question, what is purpose and where might it come from? Does purpose need a source?

First let me back track. We accept that evolution is the best description for the multitude of living species and their different attributes. Life itself seems to be a result of evolution, the change from non-living matter to cells that reproduce comes through the process of interaction – the blending of information, randomness (random mutation) and a best fit, or actually just fit to external surrounds. Actually, the concept of internal, inside the organism or your body, and the outside world may be far more blurred than we usually imagine. In what you call your body there are millions of bacteria many of which are necessary to your bodily functions. Although separate organisms they contribute to the whole of you, your organism. You are an amalgam. Your skin is porous letting in UV rays, chemicals (vitamin E crème for instance is designed to penetrate the skin) and sound and radiation waves pass through us as does electricity changing us in the process. This sideline just helps to illustrate that we like linear boxes although the universe is not boxed or linear.

My idea really sprouted wings while reading “Time Reborn” by physicist Lee Smolin. He posits that the rules of the universe, the physical laws of quantum and Newtonian physics, are a “best fit” group of rules like the DNA in an animal instructing it how to survive in its environment. They are not perfect but they are very close, and they seem to apply pretty much universally. There are infinite possibilities. But why is the speed of light a constant at 299,792,458 m/s? Why these laws? He proposes that these laws are the best fit for just this universe and they evolved with this universe in a coupling. These rules are still evolving. He sees black holes as the place where new laws are made and tested. Only those that fit the universe around them would survive.

Recently I read an interview with acclaimed neurologist Gerald Edelman in NPQ and his description of the way our brain works and it is very similar to what I have previously written about on JeS in the article …….. Our brain finds best fit or even any fit decisions or actions through a process of trial and error combined with randomness and imagination. Trial and error is essentially a very quick form of evolution. We test each new breed against current circumstances (often imagined) and those that don’t fit are “killed” off and those that do “survive” are tested in the real world and if successful stored for later use. But here I discovered the problem. We have a purpose. We are trying to achieve a goal. If we are trying to find the nearest Bunnings we can test different routes and modes of transport in our imagination first, and then test them in real life to fit the purposes of;

Our brain has purpose so it creates new ideas and procedures – new information. It evolves making new connections between neurons.

Societies and cultures do likewise; being an extension of the beings in them; they test ideas, adapt -making changes – then enforce rules when they have found a best fit. I have talked before how rigid rules and hierarchies can actually stifle this evolutionary progression in societies (see here), so I won’t elaborate on it further. Cultures and societies can and do collapse – the death of a species – they can also spread memes like genes which hold the information for future use.

We, of course, have many purposes that are not directly related to the extension or maintenance of the entire species instead many relate solely to a good and happy life. Many people don’t breed but still have purpose. Humans as many animals have dopamine receptors which give us pleasure from certain activities, and stress responses that cause us discomfort from bad experiences. Many of our evolutionary choice processes are driven by the desire to maximise the pleasure and minimise the pain. In a grander sense we can invent purposes for ourselves. Be it the making the world a better place or being the best footballer ever. Purpose seems to be a fluid thing, one that bends and maybe even forms from the environment and society in which we live. It may not need a linear root at all. Some people commit suicide and there is some speculation that whales may beach themselves as a form of suicide. That goes against the central purpose to progress the species. And, most importantly, many people never have children but still have purpose.

Our need for a purpose to evolution is the way we try to interpret and understand the world. We want linear connections; we want a cause and effect. But there can be no ultimate cause, for nothing could cause it. Linear lines are endless. I am trying to get away from this way of thinking in this article about evolution being the way to comprehend the universe. However, there may be a way for our linear mind to understand such a concept.

Perhaps the universe works in the same way as our brain. It does not need an intrinsic purpose from which all sub-purposes branch. Each micro-part, each atom, each string, each energy field constantly adapts to the other fields and particles around it, and to the larger form, planets, stars and gravity. An inter-loop of 4 (and possibly more) dimensional informational transfers; small to large, group and field to group and field is all in constant flow. Constantly adapting to itself. It just is, and will, continue to be but in a constantly changing and interactive way. In the same way we refer to the sun rising today as being a sunrise as we called yesterday’s, even though the temperature is different, the hue more magenta, and our mood less happy. The purpose (if required) is forming in the micro-interaction and randomness of evolution. Thus creating a larger organismic form, and then feeding back to itself. We can box these things to absolutes that never exist.

I would like to make one more comment about how physics may be able to help us grasp the non-linear. The theory of the Higgs Boson – which has been supported with experiments in the Large Hadron Collider – that a Higgs Boson particle does imbalance the field of energy which causes energy to become matter. Imbalance; which we mean to be a purpose away from its desired state. This imbalance is pulling to a purpose, pulling to nothing, pulling to balance and inactivity, to chaos to infinity, is the purpose of the universe. The matter comes from imbalance the in-between nothing and infinity, the imperfection of Plato’s forms as everything pulls toward perfect nothingness. So here we have the purpose of the universe and all comes from its inability to achieve it. As it is with us.

This is just a prelude to something larger for there are too many vague areas for a thorough argument. Please think and write a comment if you want to help.